- December 22, 2016
I can't believe that it's already been two years since I finished grad school. This won't be the usual "Where did I get this outfit from?" post. Instead I want to share with you how I decided on this career despite some roadblocks. 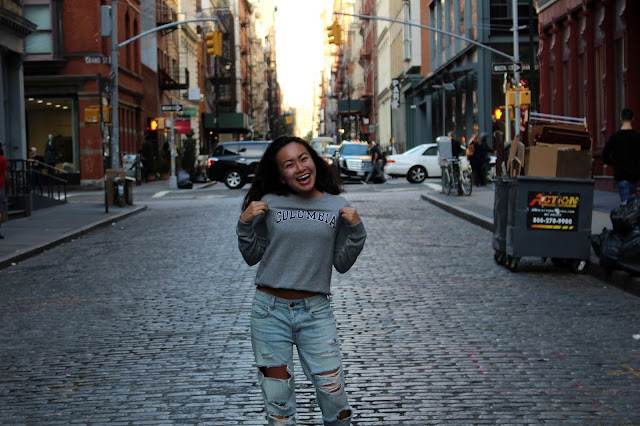 All through college I didn't really have much of an idea of what I wanted to do. I switched between a bunch of majors and career tracks. From studying to be a pediatrician to finally being a linguist, I would say that it was quite an unsettling change for my family. What made it even more difficult was that I had no idea what to do after college. There were concerns of whether I could even find a job in my field or not, if it was a well-paying track, and if there was enough of a demand for another one of me. One day it finally hit me - I'd been working with children in some aspect for my entire life. Between volunteering in youth groups, mentoring, tutoring, and even teaching, I realized this is where I belong. The best part is that I would be able to combine several of my passions into the career of my dreams.

Fast forward to now. After a grueling year and a half self-accelerated master's program right out of college, I am now a dually certified teacher in Early Childhood Education and Early Childhood Special Education. I conquered working and student teaching full time, overloading on night classes every semester, a crazy and super expensive certification process, and edTPA! This post is a reminder that I have gone on to do something that unfortunately, not a lot of people have mastered even into the later years of their life. I have found true happiness in my career. It isn't just work, it's life-changing. I am grateful for my education both at the University of Rochester and at Teachers College for preparing me in the ways that they did. I don't mean solely academically, but rather mentally and emotionally. They taught me how to adult. As a result, I have been able to use my love of languages and my knowledge of the human brain to apply it into what I do everyday by working as a Special Education teacher. 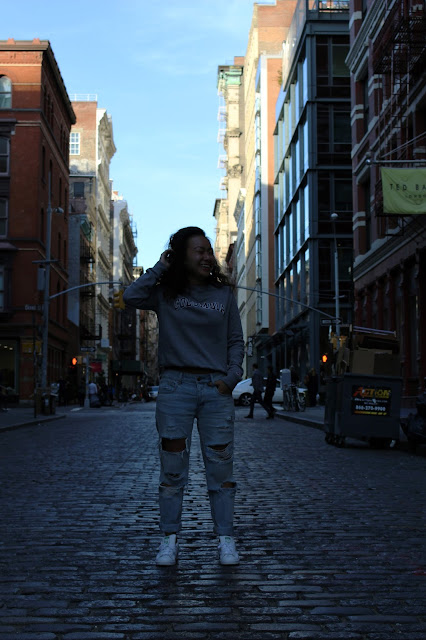 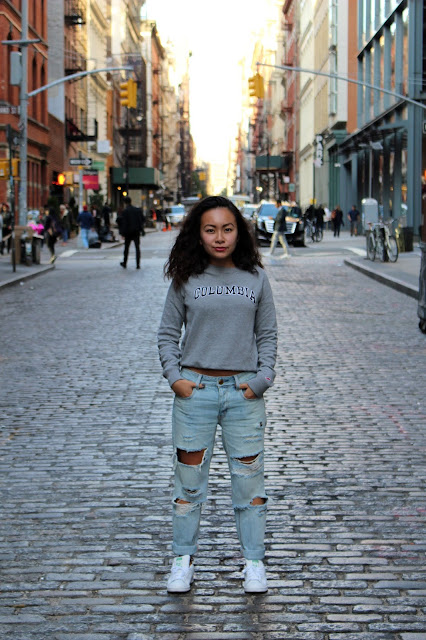 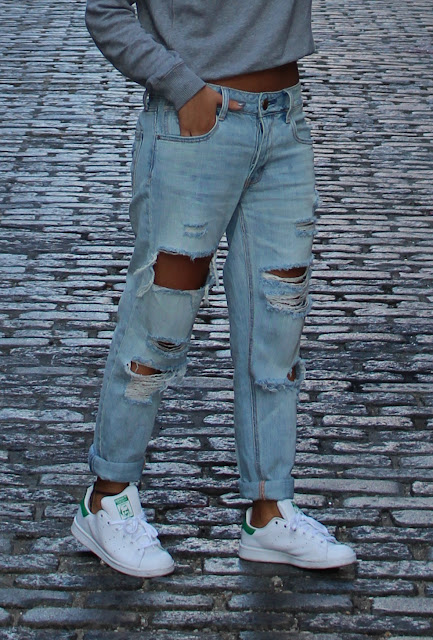 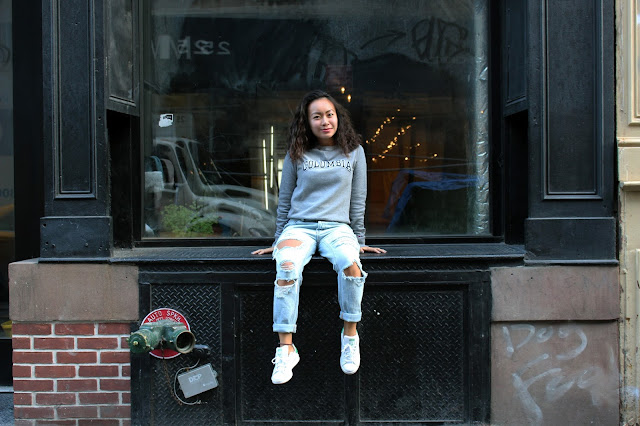 This is one of my big steps towards happiness. It was a long and difficult journey, but there's not a single day that I regret any choice that led up to this. Take a look at where you are in your life now. Are you happy? If not, do something about it. It's never too late, I promise.

Popular posts from this blog 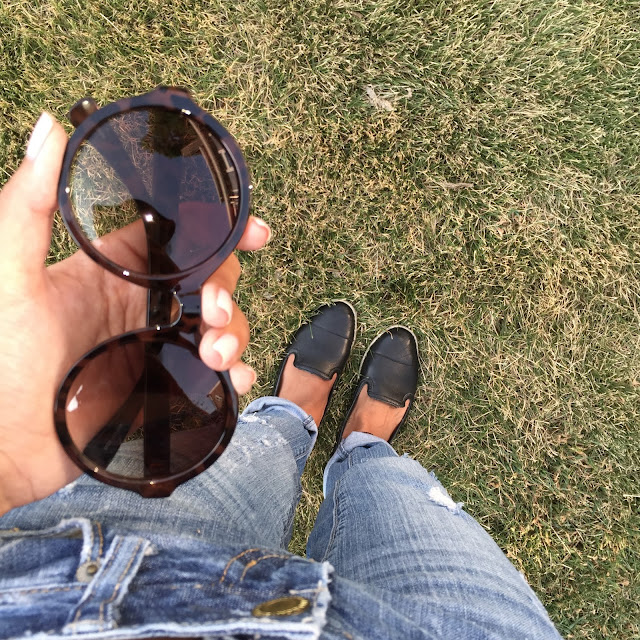 Happy Labor Day Weekend! As we all know, summer is quickly coming to an end and most of us summer-lovers have a hard time transitioning to our fall favorites during the lingering heat. So why not keep the summer lengths and just switch the colors instead? In the look below, I've styled some old boyfriend jeans with a burgundy open back crop top ($10) and all black leather espadrilles ($35). Plus the sunnies are now less than $10 at Loft! This color combo screams fall, but I was still able to keep cool in the 90 degree weather. Check out the details below! Top: Tobi ( similar ) | Bottoms: American Eagle (old, similar ) | Sunnies: Loft  | Hat: Choies ( similar ) | Shoes: Steve Madden Purfect In honoring  Small Price Tags , I've decided to compile a list of some of my favorite fall essentials as well as some sales going on this Labor Day weekend. The below items are just some of my fall favorites. As you can tell, I'm a major shoe-holic. I love a relaxed a
Read more 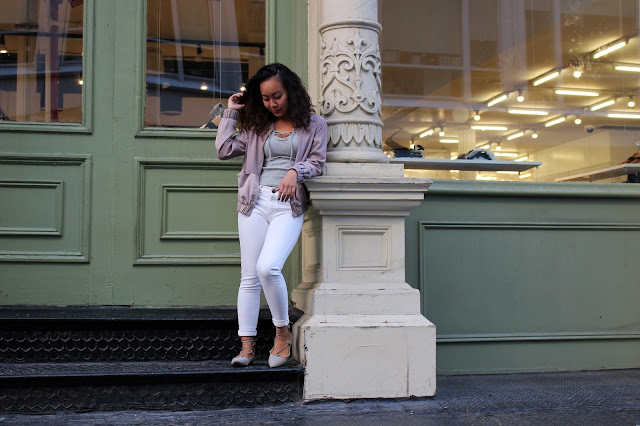 Am I the only person that is low-key terrified of wearing white bottoms in public but also high-key in love with them? I sure hope not. For the final installment of One Bomber, Three Ways, I'm getting even more minimalistic with a neutral color palette. I bet you didn't think I could get any simpler, huh? I've never believed in that saying, "You can't wear white after Labor Day" - partially because I'm not 100% sure how it became an unwritten fashion rule to begin with. So let's just break the rules all the time! (At least when it comes to this, that is.) Check out this rule-breaking look below and find out where I got these perfect white jeans. Jacket: Missguided (petite sizes available in this color ) | Top: Yoins | Bottoms: American Eagle | Shoes: Missguided ( similar , similar ) Now that the One Bomber, Three Ways series is over, I hope I've convinced you to invest in one of your own. Come back Tuesday to see ho
Read more 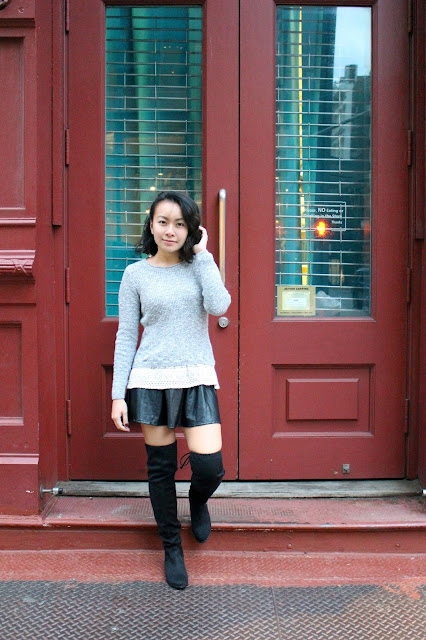 It's not everyday that I get to go out like this, especially if I'm trying to avoid getting spaghetti sauce and paint on me. But once in a while, I like to look cute and fancy. So here's my attempt! Top: Hollister Co. ( similar ) | Bottoms: Forever 21 ( similar ) | Shoes: Steve Madden ( similar , similar ) How do you think I did? Leave a commet and let me know! As fall quickly comes to an end, stay tuned for how I keep the season alive just a little bit longer with some classic olive. Nothing like ending the season how I started it, right? *Photography by Rasha Awwad *
Read more

Linda
I am the voice behind Small Steps to Happiness, constantly in pursuit of love, shoes, and genuine happiness. For business inquiries, features, events, or general questions, please feel free to send an email to SmallStepstoHappinessBlog (at) gmail.com.